Seagulls often steal food from people. Scientists have found a way to deal with winged robbers.

As a result of the experiment, biologists from the UK found that silver gulls are scared by a gaze. In the presence the person who looks at them, the birds were less likely to approach to food. The fact is that in the feathered world, a point-blank look is associated with a threat. 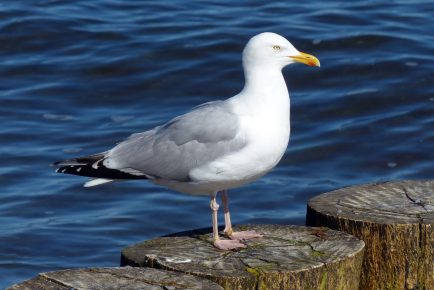 Silvery gulls are strong and quite aggressive birds, common in cities

During the experiment, a packet of chips was laid on the ground. Near housed a researcher who either turned away or looked at the seagull. In total, the behavior of 74 birds was studied under these conditions. Only 19 feathered ones turned out to be quite bold to carry away chips under the look of a girl. Perhaps these gulls already had positive experience with people, because they did not see in threat man.

The behavior of the seagull being watched was filmed. Can notice that the bird is afraid of the researcher.