Reindeer die on the polar archipelago. According to scientists, this is a consequence of climate change.

Researchers from the Norwegian Polar Institute more than two months studied the situation in Svalbard. They found about 200 dead animals. The death was due to hunger. Abnormally warm in December it rained, as a result of the pasture covered with a crust of ice and it became difficult for animals to find food. The oldest and oldest died young deer, they could not compete with stronger by individuals. 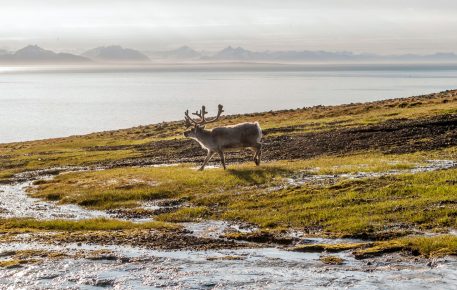 This situation in the archipelago was the result of global warming. Scientists say that few places on the planet undergo climate change like Svalbard. Change climate is the result of human activity. To stop process, you must first reduce deforestation and reduce harmful emissions into the atmosphere.