The metropolitan rescuers had to do unusual work – they freed the cat, which was stuck under the car hood.

In the early morning, the taxi driver, as always, went out to the parked under the house on the Warsaw highway car and turned the key in the lock ignition. At this very moment from under the hood rang out heartbreaking sounds, completely unlike the work of a car motor. The surprised taxi driver raised the hood and found there scared black cat entangled in a belt gas distribution mechanism. 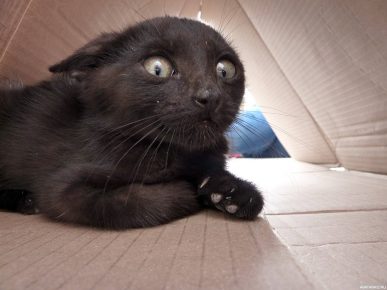 The man did not dare to rescue the animal on his own and called rescuers. Those had to tinker pretty much to remove the cat safe and sound. The poor fellow, however, became very numb paws and he needed treatment in a veterinary clinic – were volunteers who incurred rehabilitation costs animal, now it’s all right with him.