An unusual pet came under the care of a Murmansk shelter for homeless animals. In the neighborhood with the usual dogs, cats it now contains a teddy bear.

A police squad gave the little clubfoot to the shelter, who discovered him in one of the abandoned buildings of Pervomaisky counties. The baby was tied with a chain, and the collar became like that cramped, which made breathing difficult. The bear’s lean diet consisted of bread and water, into which some milk is sometimes added.

Shelter employees immediately took the poor fellow, although this created many difficulties: for content, even temporary, such The animal needs special conditions. The kid also needs reinforced good nutrition. 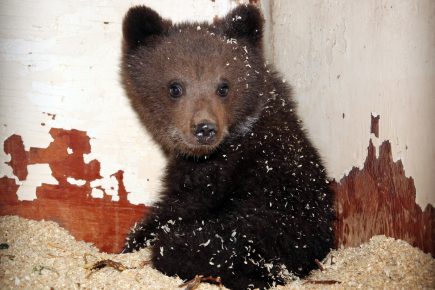 Meanwhile, the police are looking for the owner of the teddy bear and intends to to find out under what circumstances the animal got, in fact, to jail.