In August, Novotomnikovsky stud farm celebrates its 160th anniversary, located in the Tambov region. On the eve of the anniversary, here is serious thought about their prospects.

The company knew different times: both fame and decline. Now it contains more than a hundred horses Oryol trotter breed: breeding producers and young animals. how help the stud farm to rise to a whole new level, discussed at the retreat of the regional agricultural administration, held in Novotomnikovo. 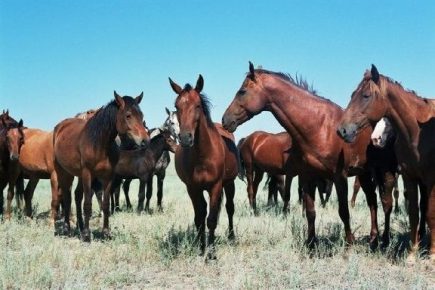 Specialists of the plant brought out and secured an excellent type of Oryol trotter. Local pupils win prestigious annually competitions across the country. Last year Oktan Jay excelled and Psychology: the stallion won the prestigious Cowboy Prize, and the mare set the All-Russian record at a distance of 3.2 kilometers.