Falconry was extremely popular not only in the East, but also among the Slavic peoples. Now in Nizhny Novgorod a group of enthusiasts who revive this ancient and in many ways forgotten type of hunting.

The other day the hunting season was opened: predatory, specially trained birds can hunt game birds for their owners. In Russia for this was taught not only by falcons – already two thousand years ago for many species of birds of prey were used here, up to owls. The experience and skills with the advent of firearms were practically lost, they have to be restored bit by bit. 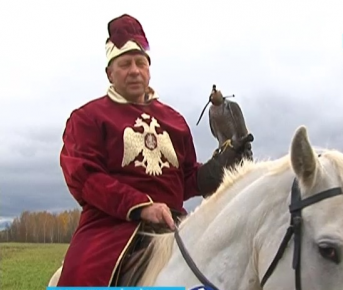 The hunting season for birds with hunting birds will last in the region until the end of this year.