According to RIA Novosti, European biologists have found a way to bring back a population of extinct white rhinos. For “resurrection” species called for help surrogate mothers rhinoceroses.

Researchers led by initiator of the experiment Hildebrant created “hybrids” of a rare species of rhino that are imported into the womb of female rhinos. Females of the white southern rhino species are now fulfill the role of “surrogate mothers” for future offspring. If experience will be successful, the scientists promised that the population of extinct animals will recover very quickly. 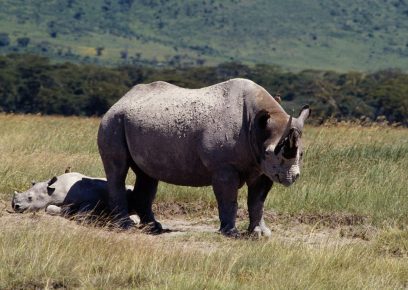 The experiment was conducted for a long time. When the last rhino of rare species died, its seminal fluid was collected and frozen, so that later on its basis to bring out a new generation with the help of artificial fertilization.

Several years of experiments were unsuccessful. And only about a year ago scientists managed to get the first positive results. Now experts are preparing for a trip to Kenya, where they are going to continue experiment.