In one of the cities of the Netherlands, innovative street lighting. New lights with red beams are installed for the sake of bats.

As a result of a study that lasted more than five years, scientists have found: only red LED light does not cause harm to bats. All other varieties of lighting them scare away, forcing to reduce the territory of habitat and hunting.

In the city of Nyivkop, they listened to biologists and decided to protect animals. Red lanterns put in a new area of the city, located near the reserve. The innovation was adopted by the British – in the English county of Worcestershire began to apply the same lighting. 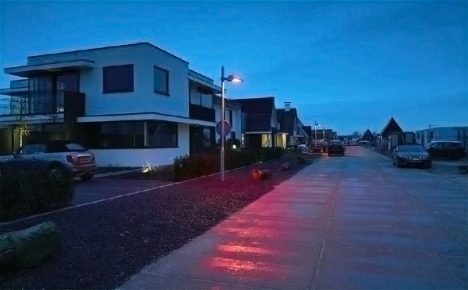 Nyivkom is located in the province of South Holland (Netherlands)