36-year-old Alexander Tsinkevich four years ago thought about homeless and doomed dogs that there is no one to protect. The man set out to build his own shelter, but for this needed a house with territory.

Step by step, Alexander began to translate his plans into action. is he put up for sale his apartment in St. Petersburg and quit with sound engineer posts. Having picked up a suitable site in the Leningrad region, the man set about building a house.

For the future inhabitants of the shelter, he put heaters in each indoors, laid linoleum and arranged a yard for walking animals. The man prepared twenty compartments for dogs. Filling the shelter is not forced to wait a long time. Alexander was called and asked to pick up wounded, downed and half-dead dogs. For all the challenges, the man rode out I didn’t take money at once. 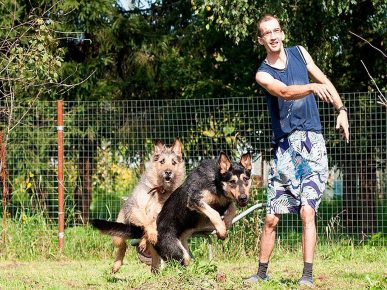 Today in the Tsinkevich’s shelter there are twenty destitute animals. By According to Alexander, he could build more places, but then he didn’t could devote enough time to all four-legged.

The shelter does not refuse help to other animals. The man had to care for a depleted cow. 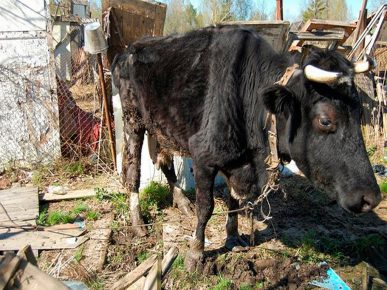 Alexander continues to work as a sound engineer at private events, and spends the money earned on his wards.

Zinkevich is very serious about dog attachment. To an unverified person, he will not give up the animal. With every a potential host, he interviews and checks for Doghunters database.

If you want to help or contact the shelter: [email protected]