Amazed residents of Noginsk near Moscow observed in their native the city of elephants, imposingly walking among the trees on the side of the highway. Nothing happened: these are circus artists from Chelyabinsk to conquer the capital.

The road is not long, and the Chelyabinsk troupe stopped to rest. in Noginsk, and the elephants were released to stretch their legs. Circus giants conquered the locals with benevolence, many managed take a picture with them as a keepsake: when else elephants will call in Noginsk? 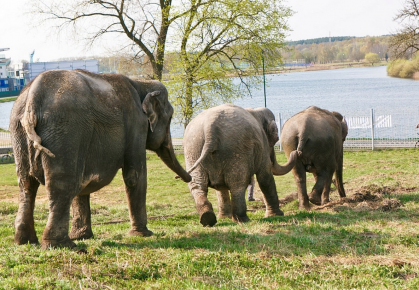 These days, artists from all over the big country come to the capital Circus on Tsvetnoy Boulevard – a large-scale show will be held here, dedicated to the centenary of the Russian circus. Chelyabinsk dynasty of trainers Dementiev-Kornilov will show the audience A vibrant program featuring elephants.