Late evening, a resident of the city of Sosnovy Bor (Leningradskaya area) I heard a slight rustle outside the window and a knock on the glass. Considering the fact that she lives on the third floor, the girl was wary: who would could it be?

From the darkness, two large yellow eyes looked at Ira unblinkingly – an owl was sitting on the windowsill. Very surprised at such a surprise, the hostess still opened the window and let the bird in, clearly asking for house. Undoubtedly, the guest was someone else’s pet: she quickly got used to someone else’s apartment and showed no signs worries.

Irina Tyagun immediately wrote a post on social networks that happened, and asked the host of her night to respond the guests. It seems that a bird has already been sought: soon to call girls answered her compatriot Maxim, asked to hold a little a runaway and soon took a tame owl. 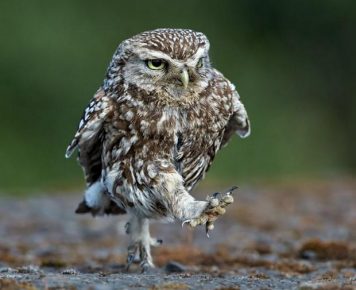 The owl, it turns out, can also run