The tragedy occurred in the province of North Sumatra (Indonesia). From one lightning bolt killed a shepherd and 19 buffaloes in place.

When a severe thunderstorm began, common for this time of year, a resident of Tapanuli-Tenga Sitar Habeyahan hastily drove his flock with pasture home. He had already driven buffaloes into the stalls and began to breed a bonfire under a canopy so that the smoke drives away annoying insects.

At that very moment, bright lightning struck the flimsy barn. Oddly enough, the fire did not happen, but the animals and their the shepherd died instantly. According to Indonesian traditions, they were buried together. 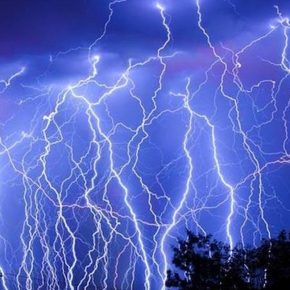