Veterinarians were able to name the reason for the inexplicable death of camels in the Atyrau region of Kazakhstan only after the death of 19 animals.

Throughout July in several Atyrau oblasts the reasons were the death of domestic camels. The animals looked absolutely healthy until the last minutes, and research for a long time nothing clarified in this situation. Doctors checked biomaterials, samples of water and grass were taken from the pasture, but everything was inconclusive – versions of infection and poisoning have not been confirmed. 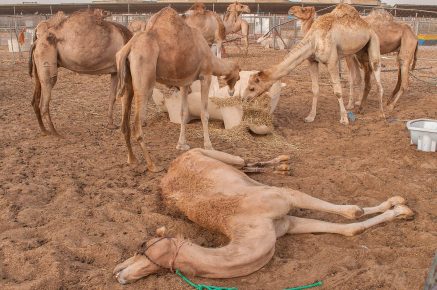 The reason was unexpected: in the nasopharynx of the unfortunate animals settled and actively developed larvae of flies, and in the critical moment was simply a stop in breathing. Thus, 19 camels were killed. The region has taken urgent measures, case managed to stop.