People can be dangerous to birds. But the birds learned distinguish those who are at risk.

Scientists from the University of Exeter found this out by observing jackdaws. An experiment was conducted: biologists recorded bird cries, reporting hazard. These sounds were playing the moment when a man approached the birds. So the researchers wanted establish whether the daw listens to the warning and whether suspicious object in the future. 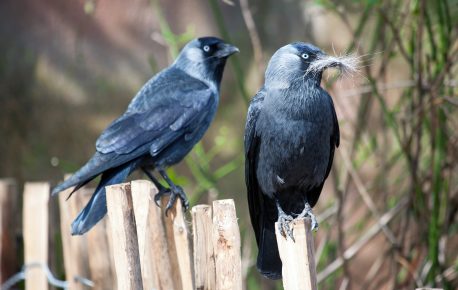 Jackdaws belong to the family of corvids and, like crows, possess increased intelligence

It turned out that the birds are really able to transmit and remember similar information. Single play warning the scream was enough for the jackdaw to be frightened of the stranger despite the fact that he did not take any action.