Zoo employees posted photos of owls on the Web. This is the first for 32 years the offspring of a hawk owl appearing in a menagerie St. Petersburg.

As it became known, owls Irga and Tony cubs appeared in May – 9th, 10th and 14th. On the 23rd day of life, the first hatched baby flew out of the nest, which serves as a secluded house. Now owls already confidently fly and studied the entire aviary. 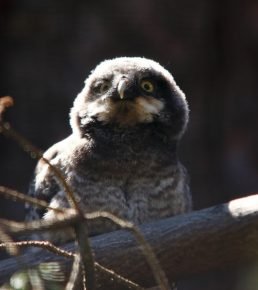 The chicks are very similar to their parents, but their age gives off a fluff, still partially remaining on the body. Now the first one is passing molting when feathers appear in birds. 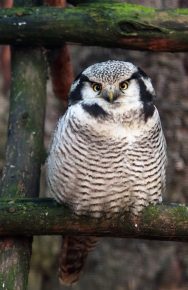 The appearance of a young hawk owl for the Leningrad Zoo – a unique phenomenon. The last time this happened back in 1987 year. 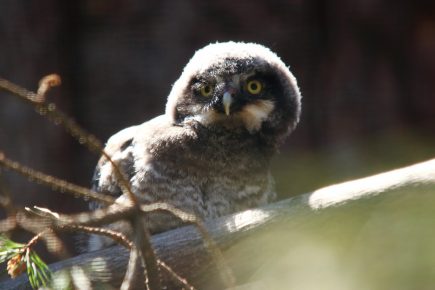