In Novorossiysk, a raccoon was saved. The animal sat on high for three days. pillar.

The animal was seen by employees of a cement plant. Raccoon by chance went into one of the enterprise hangars. There he was noticed by dogs and driven to an iron pole. The beast managed to climb to a height of 10 meters – apparently fear gave him strength and dexterity – but back could not come down. 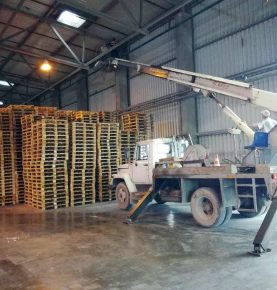 The workers wanted to remove the raccoon on their own, but it did not work out. Had to call rescuers. The animal was rescued with the help of special equipment. At first, the furry stubborn did not appreciate the efforts of people – he scratched and did not was given in hand. But then he still managed to remove it and take it to the forest, before feeding, yet the animal spent three days without food and water. 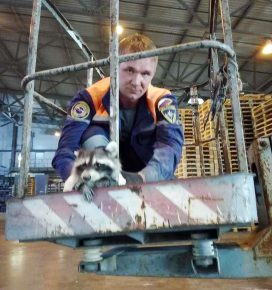