In Great Britain, swarming ants were mistaken for rain clouds. The mistake was not made by people, but by modern meteorological satellites.

Swarms of insects are so dense that you can indeed take for the clouds. According to experts, in flocks of flying ants there is nothing unusual. Swarming occurs every summer, after periods of hot and humid weather. Insects take to the air for mating. After mating rituals, the males die, and fertilized females return to earth and found new ones nests. 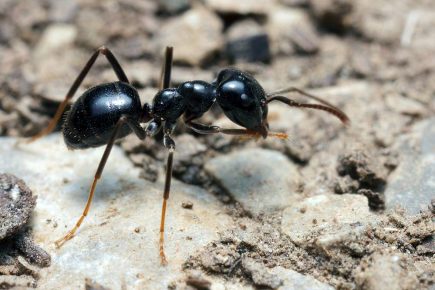 In the UK, not some exotic ants were swarming, but ordinary black garden

Meteorologists are sure: meteorological satellite error occurred due to their sensitivity, and not because there are more ants. However, if the number of insects has increased, then this will benefit ecology, says entomologist Adam Hart.