By cetacean songs you can find out the routes of their movement. TO scientists came to such conclusions as a result of the study, which can be read on the pages of the scientific journal Royal Society Open Science.

Biologists studied the sound composition of 52 humpback whales inhabiting in the pacific ocean. Such melodic sounds are called songs, they may last several days. Most likely, this is how animals communicate. between themselves. Perhaps melodies are also part of mating games. Whales from different populations sing different songs. However they may borrow works from the repertoire of relatives met. Therefore, comparing the melodies of animals, you can trace their route migration. 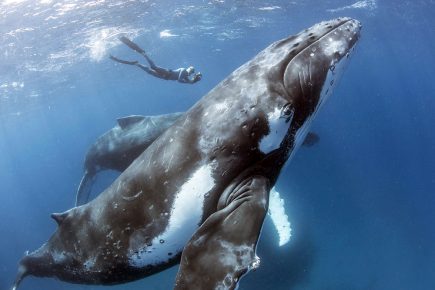 Although female humpback whales make a variety of sounds, long and melodic songs performed only by males