Common story: a cute and affectionate kitten turned out to be nobody fit. The kid was looking for food and shelter in the streets of a huge city Rio de Janeiro, until he was sheltered by lawyers offices.

One of the clients of the Brazilian Bar Association complained that a cat wanders through the corridors of this respectable public place. Then the head of the association decided to accept “Dr. Leon” – so called the kitten to work. 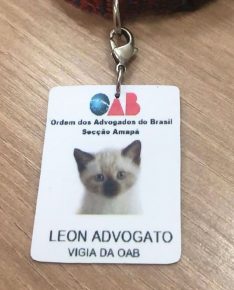 Leon was officially introduced to the state, he became the mascot of his institutions and now legally meets visitors. Colleagues adore handsome, and on the Internet at his own page has appeared, to which they have already subscribed more than 30 thousand people. 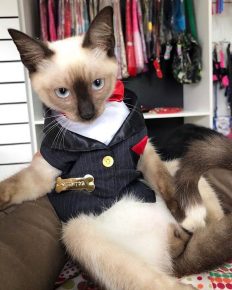