The most numerous participants in the defile were funny pugs, on which haute couture clothes look especially cool. The owners four-legged models told a lot of interesting things about their pets, their character and habits, and at the same time – presented new items dog fashion. This season it’s important to dress up dogs in costumes of other animals – and fantasy has no borders. 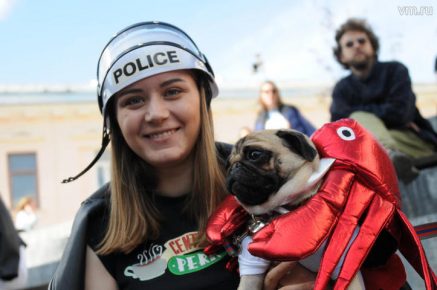 By the way, according to the organizers of the holiday, dressing up dogs – by no means a modern invention. Even the ancient Romans wore creepy-looking “costumes” on fighting dogs: they are not only performed a protective function, but also frightened the enemy.