An outbreak was recorded in the Kuzovatovsky district of the Ulyanovsk region pigs have a dangerous infection – African plague. About this in The region is in emergency mode. About it on July 17 RIA Novosti reported.

On the eve of an emergency was declared in the neighboring, Baryshsky district, where a corpse of a plague-infected wild was discovered wild boar – a sick animal wandered into the village from a nearby the reserve. Then the focus of infection was quickly eliminated, but already a few days from a new outbreak of plague in one of the farmsteads Kuzovatovo village killed eleven domestic pigs.

African swine fever is not dangerous for humans, but its epidemic spreads very quickly and can cause significant damage agriculture in vast territories. Experts consider the main carriers of wild boar infections that live in the local forests. 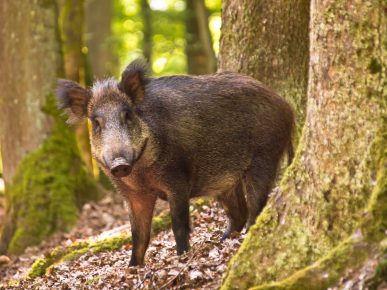 The reason for the plague became wild boars, whose population significantly increased

To stop a new focus of the disease, the region was transferred to hard quarantine mode. A team of experienced veterinary medicine specialists. Measures will be taken regulation of the number of wild boars identified as culprits epidemics.