A touching story occurred in the north of Thailand. Dog lost of his masters, and having survived the betrayal, he could not immediately again believe people.

A young man with a complex name Panithan Rattanathum lives in big city Chiang Mai, makes a career, enjoys photography and spends a lot of time behind the wheel of a car. He also loves animals. Once a guy saw on the side of the road, on a large distance from settlements, shaggy black dog and picked it up. 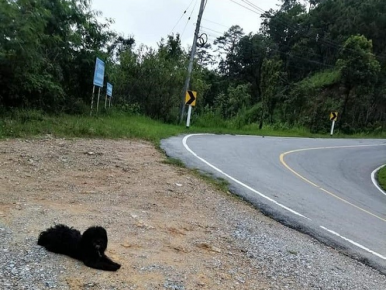 The dog was clearly not the first time riding a car, she was exhausted and very sad. Deciding that the dog was lost, Panitan began to search for his owners through social networks. Foundling named Lucky (Lucky), lived in his house and already became a favorite of all a family who secretly rejoiced that the owners were not.

But one day, Lucky escaped. The guy persistently sought him and discovered … in the same place as for the first time, over 21 kilometers from the house. The dog returned to wait for the people who him once thrown here. Lucky sincerely rejoiced Panitanu, went with him and no longer runs away – probably he’s all got it. 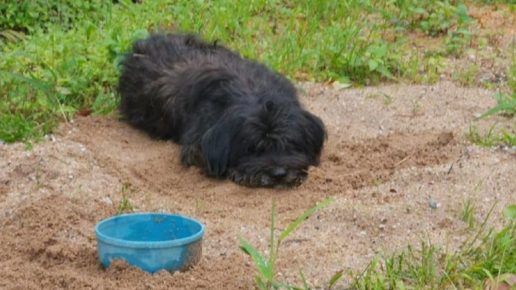