Terrible rumors spread across the Ivanovo region: in the village Ignatovo showed up chupacabra. Already more than once the locals Dozens of their poultry are strangled.

It seems that the night murderer was not so villainous because of hunger, how much for fun – carcasses of chickens and turkeys remained in place uneaten. The injured Ignatians did not wait for help from the outside, but decided to track down the mysterious chupacabra themselves, and this they succeeded.

In one night, Alexander Umnikov lost almost all of his turkeys: 24 of them were strangled. Only six birds remained, and they were pretty dented and scared. The peasant reproaches himself for being too tight slept and did not let the yard dog to the house, which was closed, but barked heartily. 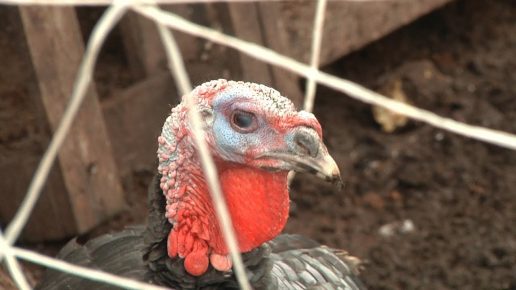 Turkeys and chickens in Ignatov are in great stress

Soon the situation repeated itself; in a neighboring courtyard, they were killed almost 60 chickens. The surveillance camera captured the robbers: about five in the morning a dog pack led by a very conspicuous the leader is the white husky. There is only one such dog in the vicinity, and everyone knows where she lives.

The police arrived in the village: they accepted statements, assessed the damage. However, the husky did not succeed in influencing the owners. Night raids yet ceased, but the proceedings continue.