According to TASS news agency with reference to the agency Xinhua, scientists of the international research association were able to decrypt the DNA and map the koala genome.

For the world of animals and science, this is a huge breakthrough, scientists say. It turns out that “hacking” the DNA of koalas was a long, difficult and the painstaking work of several dozen researchers, scientists, chemical chemists and physicians from twenty countries of the world.

According to Rebecca Johnson (professors at the Australian Research Institute museum and the main author of the study), gene mapping marsupial koalas can be compared to composing a puzzle. And not bright pictures, which were divided into identical fragments. A multi-volume an encyclopedia that has been shredded into four billion formless scraps. And so the scientists sat and collected these scraps one to to one. 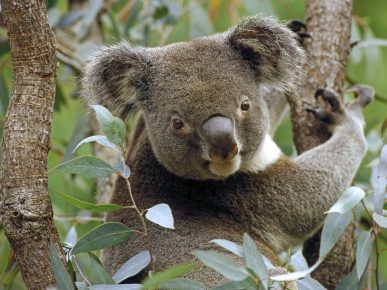 Why did they do this at all? But the fact is that koalas are alone of the few wildlife endangered by basic ignorance of their DNA structure. Accordingly, before time it was extremely difficult to predict and diagnose diseases in koalas and track their extinction and fertility.

Thus, a complete map of the genome of koalas will help scientists study animal immune systems and save the cola from extinction.

The study found out why a koala eats tons eucalyptus leaves and remains alive. After all, eucalyptus is big quantity – poisonous and dangerous for mammals. It turned out here too all the trick in a particular gene that affects metabolic processes and allows the poison to be quickly and without consequences derived from koala blood.