Zlata Shipilina loves her job very much – she is a fashion designer. The girl studied in Krasnodar and Moscow, lives and works in the village Krasnodar Territory. But the main dream of Zlata is to open her own studio, which will be called “Clothing for the Ball and Murka.”

For 15 years, the stanitsky couturier has been fruitfully and creatively creating beautiful women’s clothing. The girl worked in a wedding salon, Invented and put into practice its own unique technologies. She also loves animals very much, and this seems to determine the future. talented fashion designer.

Modeling clothes for pets is difficult, but interesting. An exciting idea visited Zlata by chance after she I sewed a bright jacket for a familiar little dog so that she wouldn’t frozen in the winter. But this was not the end of the matter – one after another they became Tighten up new customers. 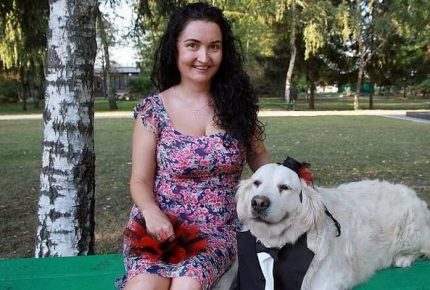 The Shipilina brand is already known in both Russian capitals and in many other cities: Zlata had to create exclusive clothes for cats and dogs of various breeds. Hobby gradually becoming a business, and the girl seriously thinks about opening your own studio.