Two Chinese companies have begun development and will soon begin mass production of robotic dogs. Well-known company Unitree Robotics has already submitted a pilot model to consumers Laikago, whose main purpose will be the transportation of construction cargo.

Such a “riding dog” weighs 24 kilograms, and its growth in withers – 60 centimeters. Battery charge should enough for four hours of continuous operation. The Chinese promise that robotic dogs will be able to perform other functions – for example, to carry out courier delivery or help with car parking. By this will be engaged in a more advanced model AlienGo. 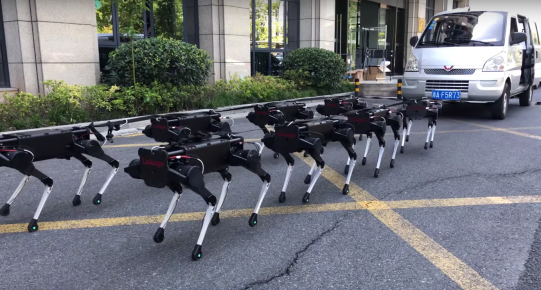 The approximate cost of a robotic dog is 45 thousand dollars. The developers think the direction is very promising; intends to deal with the release of dog robots and American company Boston Dynamics, it is before the end of the year plans to sell the first hundred of its “rogodogs.”

Walking, of course, with such a t = pet will be possible for a long time – how much battery power is enough, but hardly stroking it want to.