Ambitious calls to catch up and overtake Argentina by meat and wool production are seriously heard in the Kazakh press. AT The Republic of Kazakhstan has important government programs for the revival of almost depleted sheep breeding.

The adoption of the so-called Law on pastures: endless wastelands were returned to agricultural circulation and transferred to grazing. Turkestan region has become a base for the revival of sheep breeding in Kazakhstan as such and the restoration breeding stock of various breeds. For convenience and efficiency districts of the region received their specialization: in karakul breeding, fine-wool sheep breeding or meat breeds.

Four radical changes for the better have been outlined years ago, and Kazakh sheep breeding continues to develop. AT this year a record level was reached for the entire post-Soviet period: now the lamb stock has reached the mark of five million. Interestingly, 88 percent of the sheep flock of the republic grown in small and medium-sized farms. 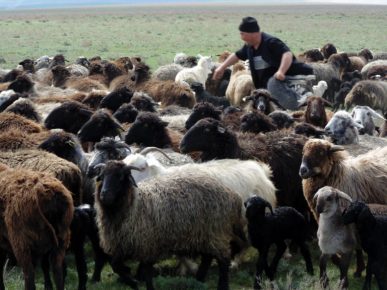