The most famous buffaloes live in Africa – these majestic bulls graze in huge herds and fight back even from the attack of lions. Asian buffaloes are far less common, and very few knows that these animals are in Europe.

Farm “Carpathian buffalo” for ten years working in the picturesque Transcarpathia in the village of Oleshnik. Now a unique herd consists of 64 buffaloes.

European buffalo are smaller than African counterparts, but larger the largest cow. And their milk is much more useful, because It does not contain, unlike cow’s protein, casein protein. But the milk yield in the herd very modest – an average buffalo gives only seven liters of milk per day. It makes delicious cheeses, feta cheese, yogurt.

In the old days, buffaloes were found in the wild. different regions of Ukraine, now the entire population consists of 230 individuals. Most of them live near Odessa, in the National Park “Danube Plavni” – here buffaloes are engaged in natural cleansing the banks of the river from reeds. 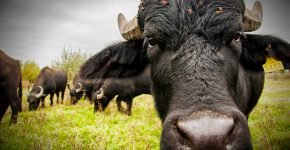 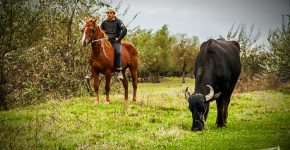 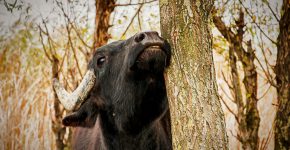 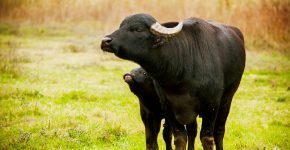 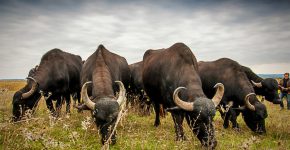