For the second week, the owners have been looking for a budgie, flew out of an apartment in the center of St. Petersburg. Colorful announcements appeared near the place of loss.

The bird flew in the area of Grodno Lane, and while it searches were unsuccessful. However, according to the announcement Some people periodically ring the phone, but it soon becomes clear that these are commonplace scammers. The one who really finds lost, promised a reward of 30 thousand rubles – only the owners they ask not to try to catch the feathered fugitive on their own, but immediately inform them. 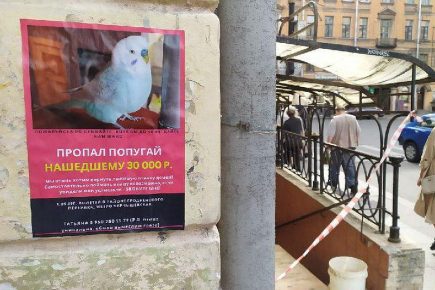 A budgie can be bought for a much smaller amount, but the whole family loves a missing pet and is looking forward to it return.