In Ufa, residents of an apartment building are not the first time trying reason the neighbor who arranged in the “kopeck piece” an impromptu shelter for stray dogs. This time, the court evicted 13 four-legged tenants.

Two years ago, a young woman turned her father’s apartment into shelter for stray animals: collected from the street stray cats and dogs, treated, attached in good hands. Noble undertaking turned into a nightmare for housemates: stench, dirt, barking and the noise. The tenants went to court – to complain. 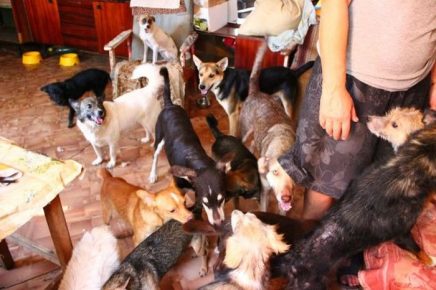 In a conflict of interests of people and animals, law enforcement officers stood up to protection of the first. Once the court already obliged the animal rights activist to evict pets back to the street – she did so, but soon returned them to the apartment. The second court issued an updated verdict: evict without rights of return settlement.

The mistress was forced to obey and drove out of the apartment 13 dogs, six of which are puppies. Most likely they are in the country, in a summer cottage where a woman has already sheltered dozens of homeless children.

Video: the court ruled to return the dogs back to the city “jungle”