Wild hedgehogs are often found on the streets of the city, and sometimes sneaking into homes. But what if you suddenly found a home decorative hedgehog in the most unexpected place?

In the Moscow barbershop, the morning after the opening was marked unexpected find. The owner of the men’s salon Inna Golubchenko found in a box with cookies … a hedgehog. The little guest arranged in studio mess throwing bottles out of the minibar.

Probably hungry, he was attracted by the delicious smells. I came in the morning to open a salon and thought that we were robbed. Lying around everywhere bottles with whiskey and cognac from the minibar. I went to the counter and I saw that the hedgehog found a bag of food and fell asleep right in the box with cookies. 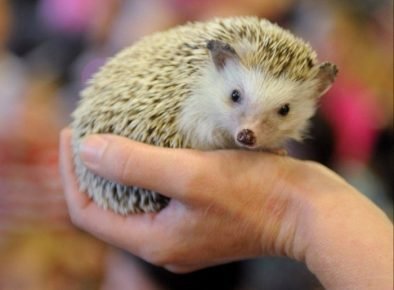 The woman, thinking that the animal was lost in the city, carried it to the nearest park. However, the hedgehog was in no hurry to leave. Then Inna worried that the young could be bad after night feast, and drove him to the vet clinic.

I was reassured that nothing bad had happened. There it turned out that it was not him, but she. And that she is pregnant. Besides it is a decorative breed, it cannot be released into nature, it can perish. I didn’t know what to do with her, I asked the neighbors, no one knew the hedgehog breeders, decided to put her right in the cabin, I have two small children at home. 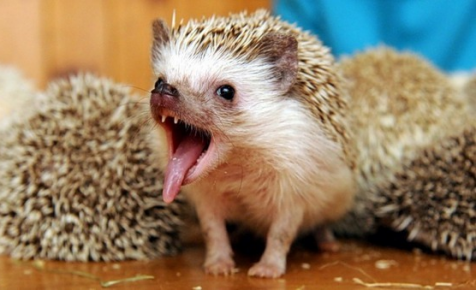 At the same time, the mistress of the hedgehog, Elizabeth Komarnitskaya, was in looking for a favorite. As it turned out, the girl walked with a hedgehog in the afternoon park at the barbershop, and she decided to try the taste of freedom.

It was already evening, dark. I didn’t notice how she bit the harness and ran away. And in tall grass it’s quite difficult to find, because these are not ordinary hedgehogs, this is bred breed – they are small. 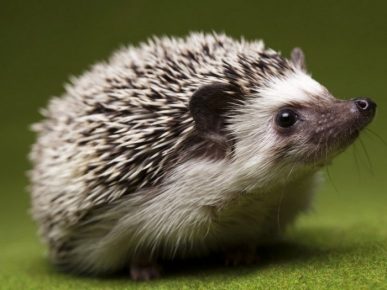 Searches continued in the morning. The girl was first looking at supermarket, suggesting that the hedgehog could run in there looking food, and then in the barbershop. There was her favorite, which, as it turned out, their name was Ellie. Elizabeth suggests that passion for sweet could appear in a hedgehog due to an interesting situation.

At the moment, she apparently really liked the sweet. I her never really fed sweet, because, in principle, it undesirable to do. Hedgehogs are still insectivorous animals. But, apparently, she, a pregnant woman, liked the cookies.

Having met with the mistress Ellie, Inna decided to take the girl to the post of administrator of his salon, so that Elizabeth could see your darling. It is reported that after birth the hedgehog will remain live in a barbershop.