Kemerovo residents had to call rescuers to get into own apartment on Sosnovy Boulevard. Opening the bolt door, the Ministry of Emergency Situations was surprised to note that there is no one in the house, except the tabby cat.

The owners suggest that their pet accidentally closed the entrance door to latch when trying to jump onto the doorknob. Such rescuers support the version, but they claim that similar extreme situations are usually created by dogs. In their practice it is the first cat to cope with the door bolt.

They didn’t scold the cat, but they decided to change the door latch to henceforth this did not happen. 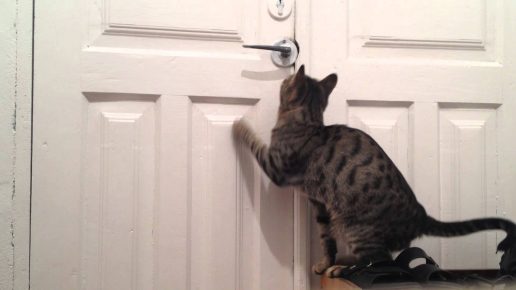