In Moscow, an animal appeared that is rarely found in menageries. Binturong, or cat bear, arrived in the capital from Czech zoo.

The beast is only a year old, his name is Gula. While the animal has a period adaptation and visitors are not allowed to it. Before the cold weather Binturonga should appear girlfriend – in the zoo plan breeding animals. 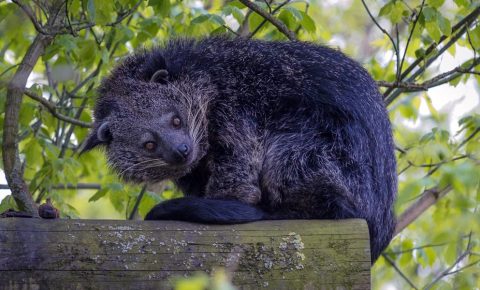 Despite the name, binturongs have nothing to do with to bears, not to cats – the middle name of the animal was given because of the characteristic appearance and voice resembling cat meow

Cat bears live in Southeast Asia. They relate to predators, although omnivores and consume a lot of plant foods. Live mostly on trees and climb well with the tail. This is taken into account and when arranging an aviary in a Moscow zoo, organizing space so that Gula moves effortlessly in his new the house.