Entrepreneur from Ryazan region found 20 discarded in the forest puppies. According to the assumptions of the man, they were brought from the cottage the village “Bullfinches”.

Roman Afonkin went to the forest in the area of the Snegiri KP in search of materials for his family workshop that produces hand-made products. Going deep into the forest, a man met friendly company of puppies in the amount of 20 pieces. All the kids were on 1–1.5 months, except for one female – she is about 4. 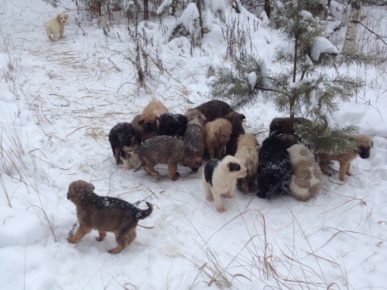 He posted a post on VK with a request to distribute information and help attach puppies. To his surprise, the story rescue dogs caused a real resonance. A lot has been received calls and offers to pick up the young. Rescue operation called # frost_operation. 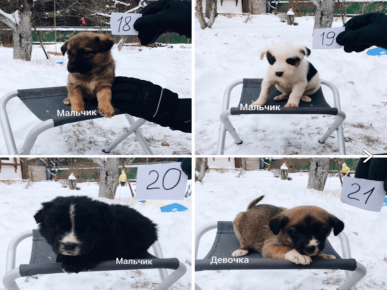 It was decided to photograph each puppy and assign it to him number indicating gender. Only in this way could more visual pictures. The efforts of Roman and his relatives brought results. Quite soon all the kids will have new owners and warm homes. 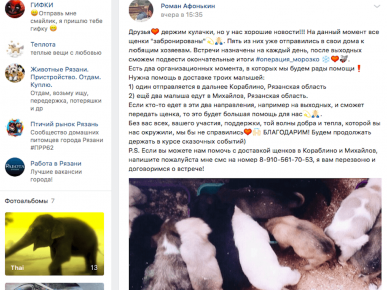