Yorkies, like most other dogs, are predisposed to certain disorders or diseases, such as low blood sugar (hypoglycemia), dislocation of the patella and neck. dr. C in terms of skin problems, atopic dermatitis is most serious problem for decorative dogs. it the disease is hereditary or genetic in nature. 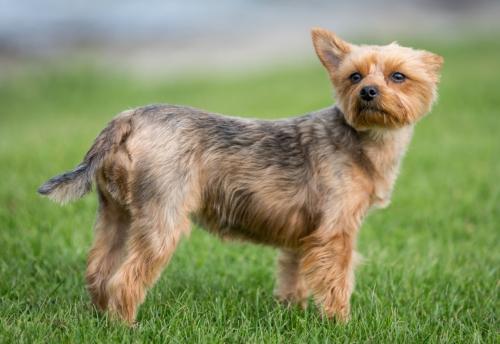 Atopic dermatitis or neurodermatitis is genetically caused skin inflammation, which is characterized by steady and constant itching. If your York is persistent or frequent experiencing severe bouts of itching, the cause may be atopic dermatitis. The disorder is due to allergic the reaction of the animal to something from its environment. Allergens can be a variety of objects such as bed bugs, dandruff, ticks or pollen. Many allergens can act through the skin of a dog, and also through the respiratory system.

Itching with neurodermatitis occurs most often on the muzzle and legs dogs. But itching itself is not the only symptom diseases. Other symptoms may include irritation and redness on the skin, a constant habit of biting or chewing on your own paws. Another symptom of neurodermatitis is discharge from the nose or eyes, but it is rare enough.

If you notice one or more of these symptoms, then contact your veterinarian to confirm the diagnosis. Treating a disease often involves minimizing discomfort, taking antibacterial and immunostimulating drugs, as well as taking antihistamines, to reduce itching. Your the veterinarian will be able to choose the most appropriate treatment plan

Both dogs are equally prone to atopic dermatitis. sexes. The disease, as a rule, first appears in young animals, aged 1 to 3 years.

Not only Yorkies are prone to atopic dermatitis, but also some other breeds. The disorder is also common among boxers, Irish Setters, Labradors, English Bulldogs, Chihuahuas, American Cocker Spaniels and West Highland White Terriers.

Hypothyroidism – thyroid hormone deficiency, also found in Yorkshire terriers. The main symptoms of this York’s disease can be similar to atopic dermatitis. Chronic skin problems, including itching and hair loss, are the most common indicators of the disease.