Any cat owner must have noticed how much pet is crazy about valerian. If you accidentally dripped a small amount of tincture on the carpet or floor, then be sure that your pet will lick this place for a very long time, rub his face on him, ride on the floor next to the treasured a drop. Why are cats so fond of valerian and is it dangerous to give to your favorites a little of this treasured medicine?

What effect does valerian have on cats 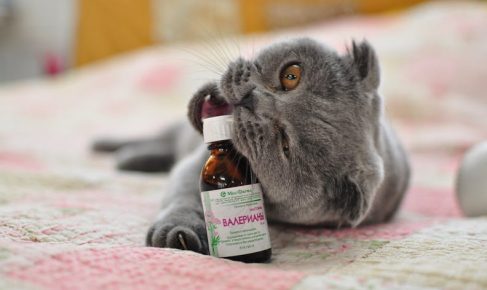 Another feline drug is catnip

We must immediately make a reservation that not all cats can be so eager respond to the smell of valerian. May be rare, but exceptions when the cat / cat is either completely indifferent to this drug or react to it not as “furiously” as most fellow tribesmen.

Basically, valerian causes something similar to cats drug euphoria. The pet becomes insane: he screams (does not meow or screams, namely, screams), endlessly rubs about the place where valerian was spilled or scattered. After some the cat can fall asleep for several hours, and sometimes from excess drug even fall into a narcotic dream that will end disastrously.

Why does valerian have such an effect on cats say definitely not. There are several hypotheses: 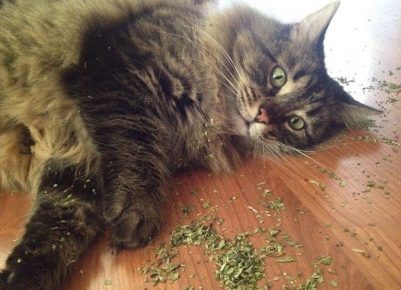 Valerian, like any other drug, causes an animal unhealthy addiction and can have a serious effect on pet nervous system

How harmful or useful is a valerian for a cat to say complicated. Most veterinarians have the idea that they don’t It is worth experimenting with valerian on your favorite. it really can end badly.

Despite the fact that sometimes valerian is used in the treatment of cats (for example, with diseases of the gastrointestinal tract, endocrine pathologies or problems with the nervous system), it’s better to refrain from similar therapy. 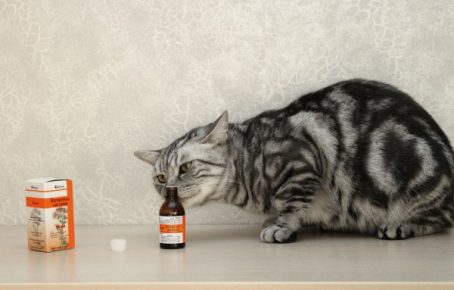 Do not give the cat valerian without a doctor’s prescription

If you still have no choice, and your valerian is needed pet, then entrust the calculation of the dosage to the veterinarian. He can choose a dose for your pet that will have a healing effect and won’t hurt him.

To give a valerian a cat for fun and entertainment is not recommends if you really love your pet.