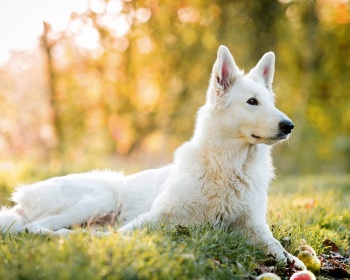 The White Swiss Shepherd is a direct descendant of the German Shepherd, and, in fact, before and the first and second were ranked as one breed. At the end of the 19th century, when the German breed was formed Shepherd, all colors have been accepted for standardization, including white. Now it is believed that a white shepherd and a white Swiss the shepherd, as well as the German one, are three different breeds, although they have one origin.

The separation process began after 1920, when to participate in dog shows breed German shepherd, with white coat, rejected. By the way, it’s interesting to know the first one is officially registered German shepherd named Horand Von Grafrat had a classic color, although the great-great-grandfather of this dog is maternal the line was pure white. After 1970, breeders appeared who engaged in targeted breeding of white shepherds, and, A large role was played by American enthusiasts.

Paradoxically, at the beginning of some individuals born in the USA, registered in Switzerland – obviously to emphasize generic roots. Although, at home they were registered as a subspecies German shepherds, and the first association of the breed of white shepherd dogs appeared in America, and not in her homeland, which again paradoxically. In Switzerland these dogs, as a separate breed under named white swiss shepherd dog, registered and recognized officially only in 1991. After Switzerland, in 1992 the breed recognized by the Netherlands and other European countries.

This breed resembles a German shepherd in outline, and the difference in physique and size is practically absent. Paws slightly longer than average, tail pulled up and bent, long neck, the muzzle resembles a wolf, ears are triangular, erect. German Shepherd dogs in general outlines in many respects resemble wolves.

All German Shepherds have a very developed intellect, and White Swiss Shepherd Dog is no exception. It is very curious. and smart dogs with a balanced and balanced character. Many people think that the German Shepherd as such is generally the ideal of a companion dog – man’s best friend, on which you can always rely on and who will never betray and help out in difficult times.

Swiss White Shepherd is very trained, very devoted to the owner and his family. By the way, usually these dogs are clearly understand the difference between a family and a host who, in their minds is a bit of a pack leader. High energy requires training, long walks, and developed intelligence – training teams and intellectual games. It is strong and confident. dogs, but if the owner disappears for a long time, they are very bored.

White Swiss Shepherd dog perceives strangers with caution, monitors their behavior, but for no reason does not experience hostility. If you are raising an animal in the right way, you don’t have to worry about causeless aggression, hostility and other similar manifestations.

On the contrary, your dog will feel great in a circle. family, and in the circle of your friends or unfamiliar people. For of this, the dog requires early socialization – dating with others people of all ages, as well as constant communication with others dogs. By the way, it is better to introduce this breed to cats in early age. White Swiss Shepherd belongs to children well, being a good nanny and a reliable defender.

A deep understanding of responsibility is possible thanks to to the legendary mind and quick wits of these dogs, as well as their the sincerity and kindness with which they perceive their family. Them used as guard dogs, as guide dogs, just like a companion for the whole family – you can say in a sense the shepherd is the embodiment of the best qualities of the dog. And only from you depends on in what direction they develop.

White Swiss Shepherd breed although needs early socialization, but perceives the learning process well, and if the owner is doing everything right, he will not have any problems. Training can begin at an early age, about six months, with the formation of behavior, meeting other people and animals. Gradually, you can enter basic classes into classes.

White Swiss Shepherd dog requires combing wool at least once a week. Also, do not forget to cut the pet in time claws, and make sure that the ears and eyes of the animal are always remained clean, removing deposits. Bathing a dog should be a minimum once a week.

This breed is notable for good health, but some problems still occur. Among them: 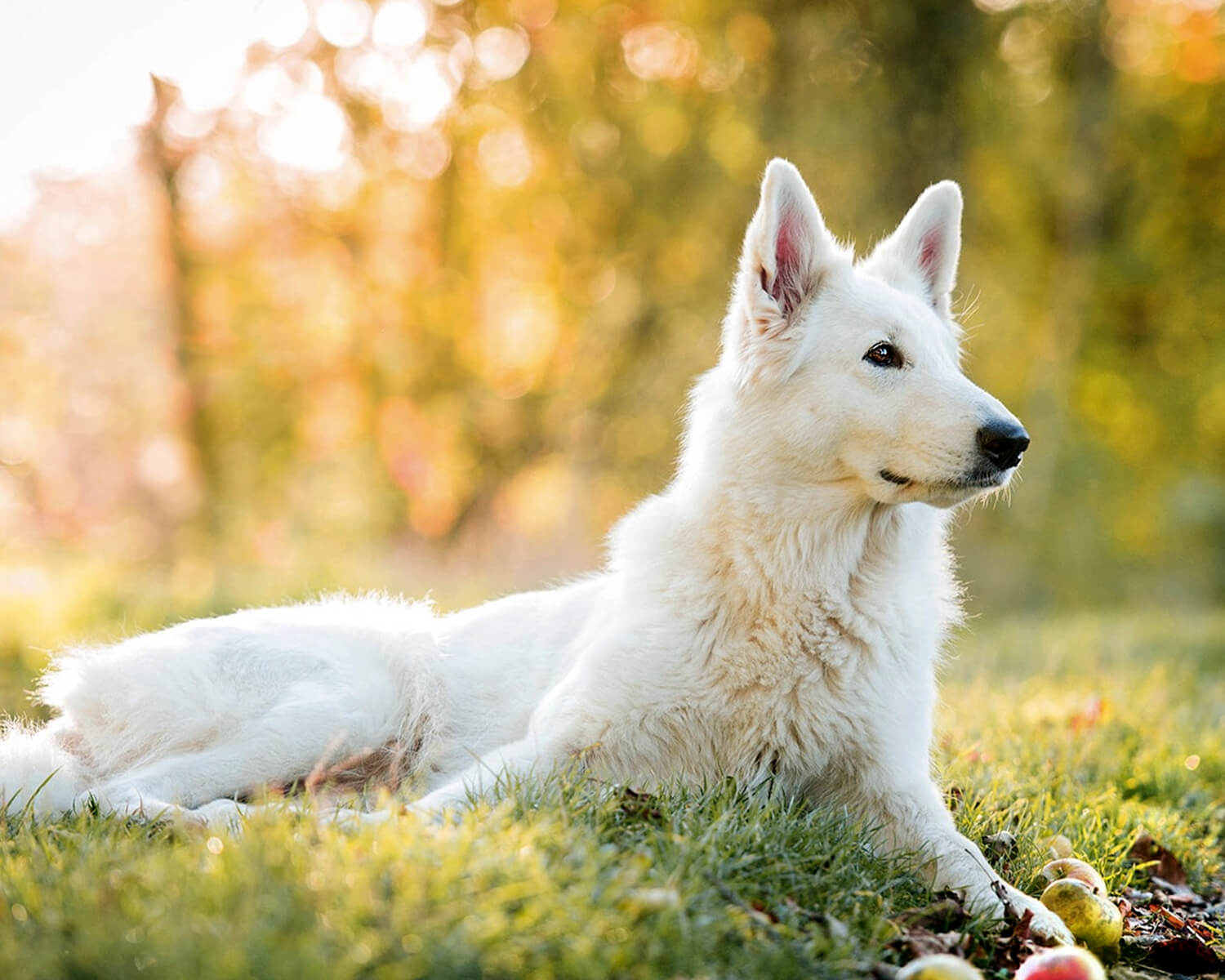 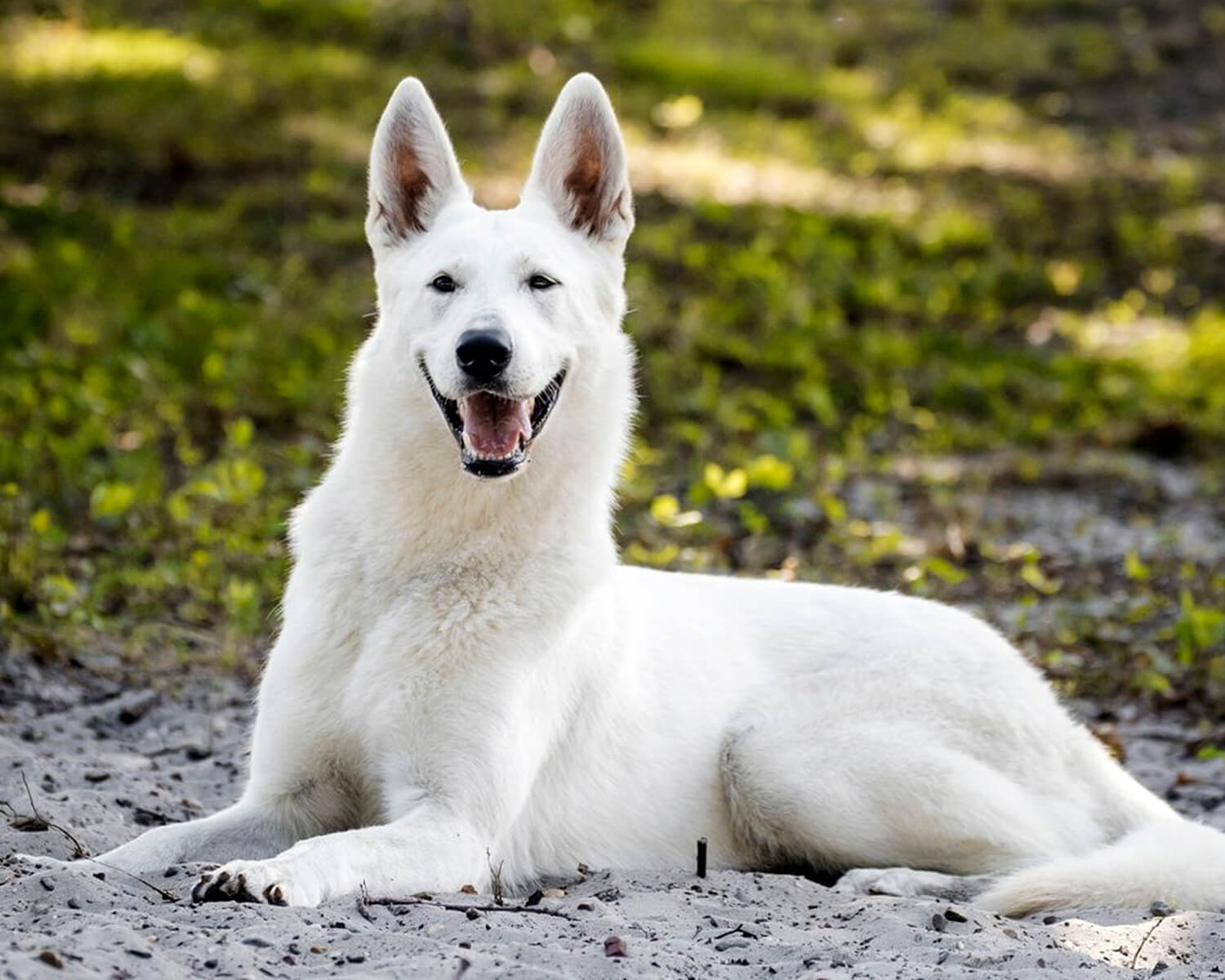 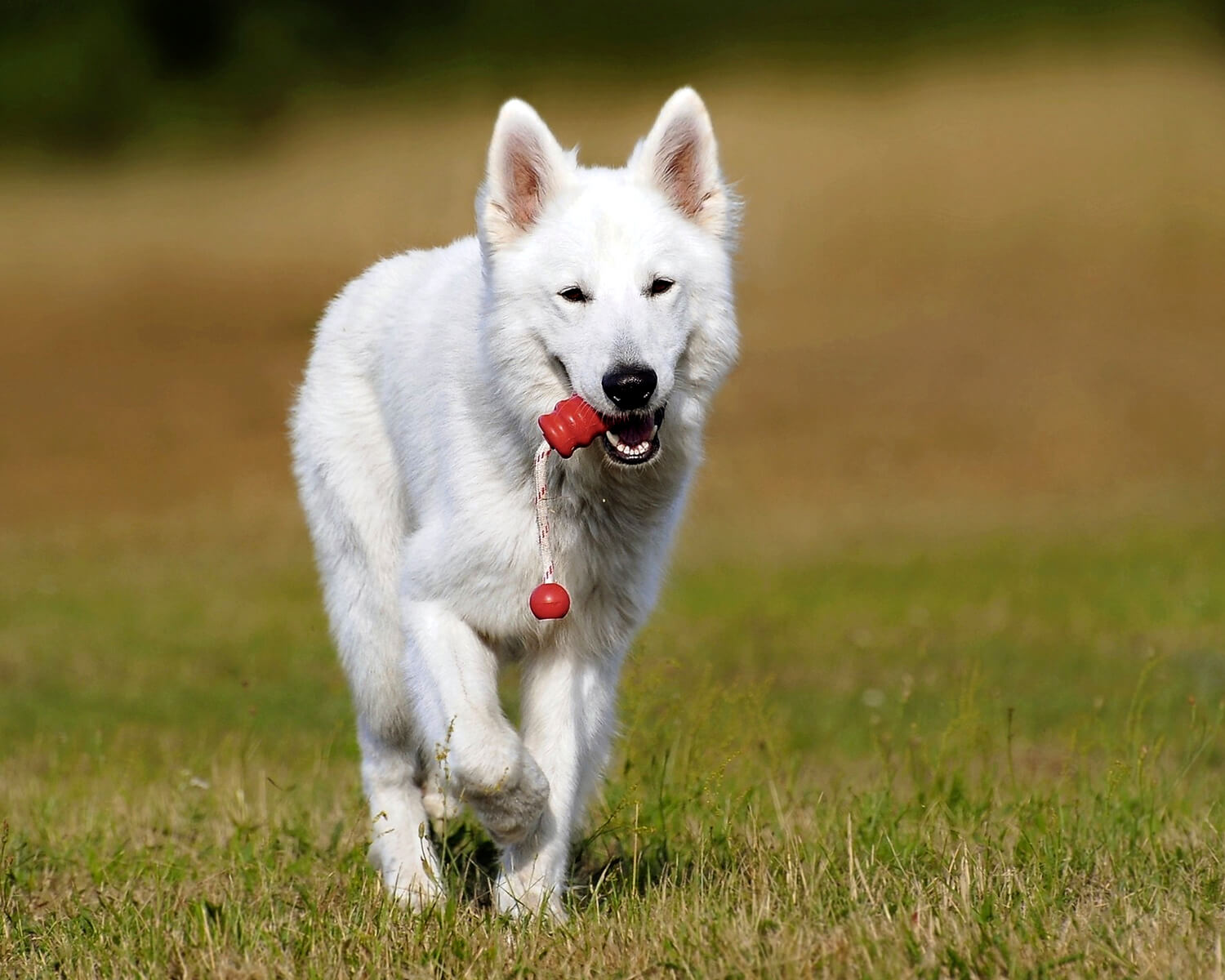 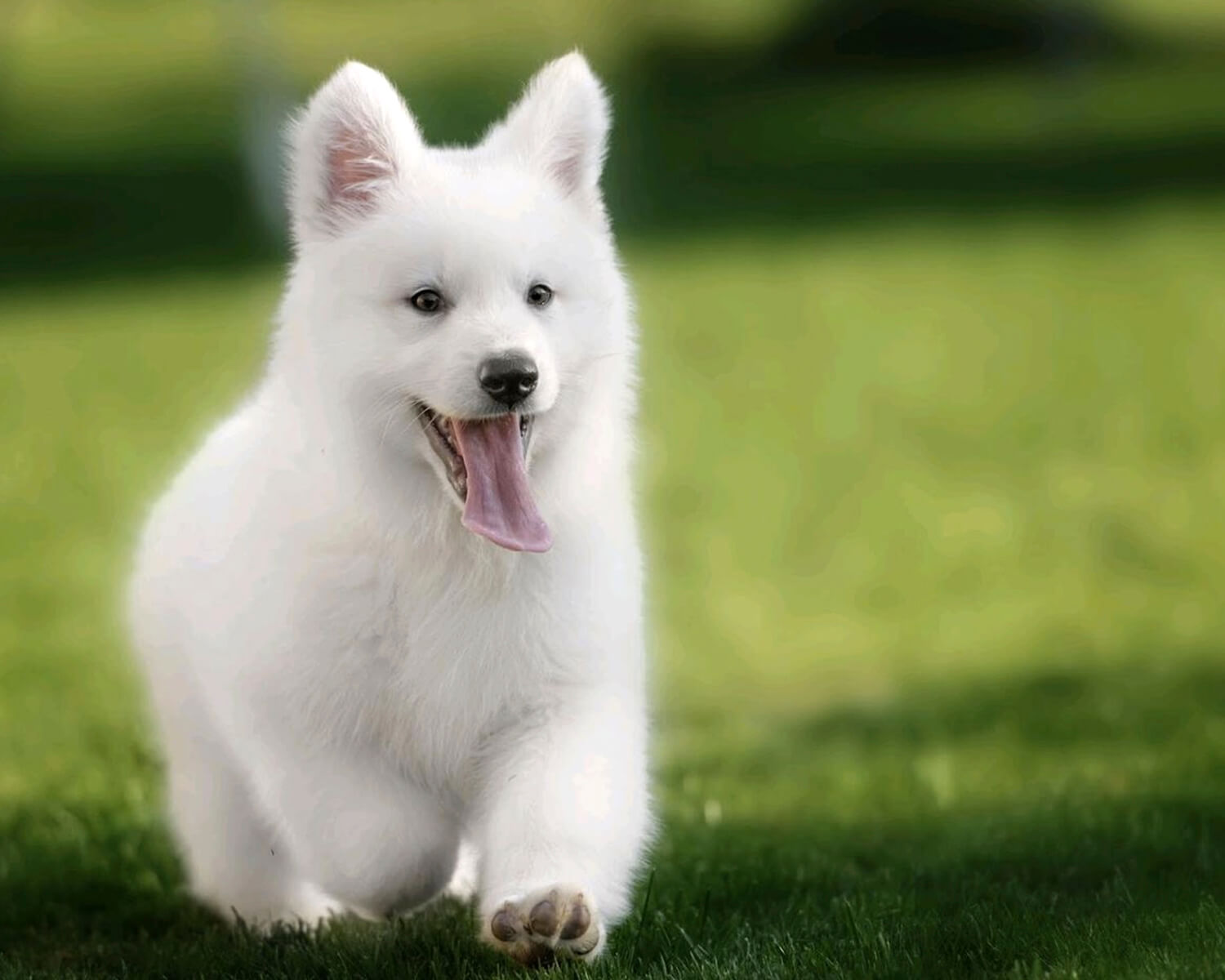 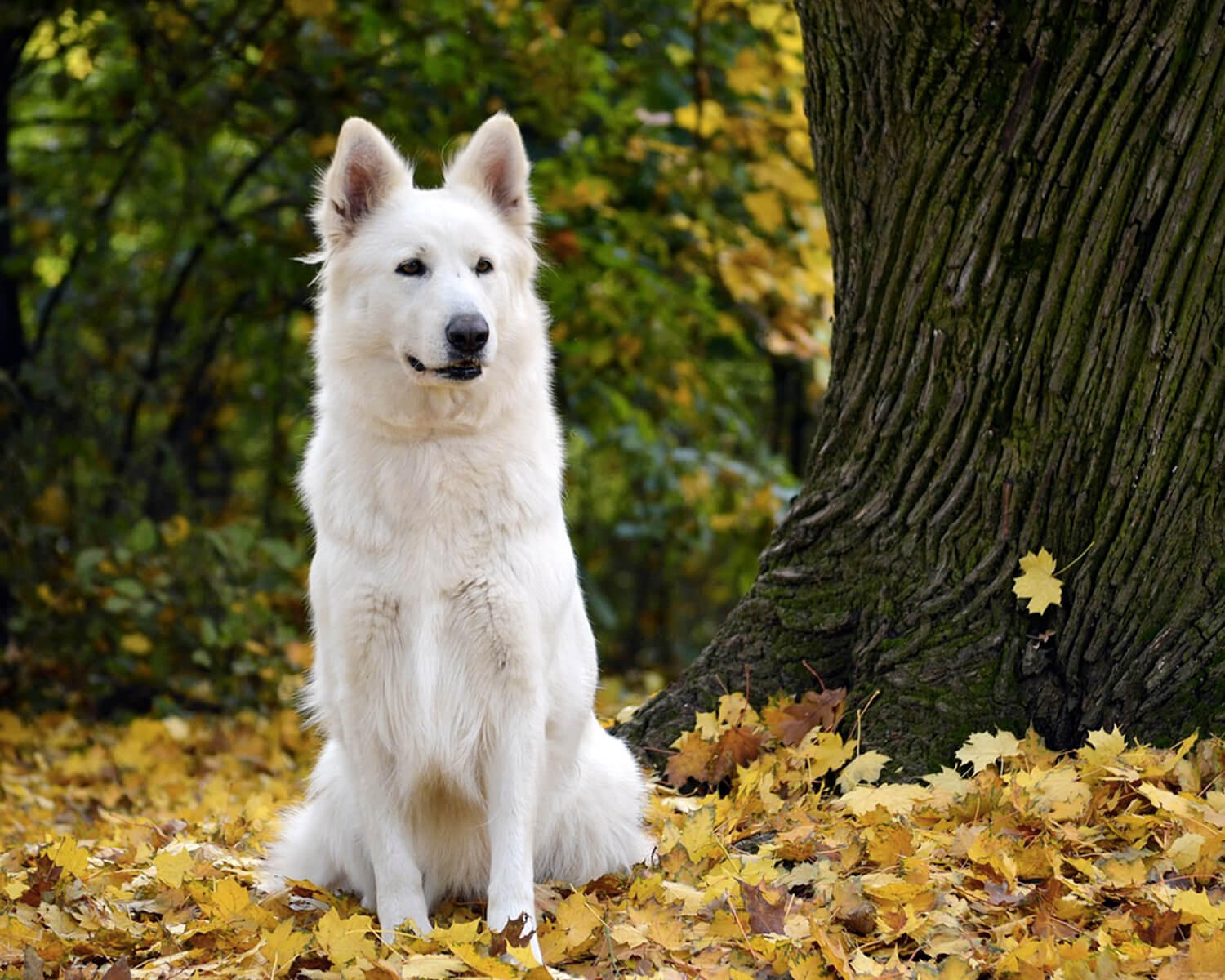 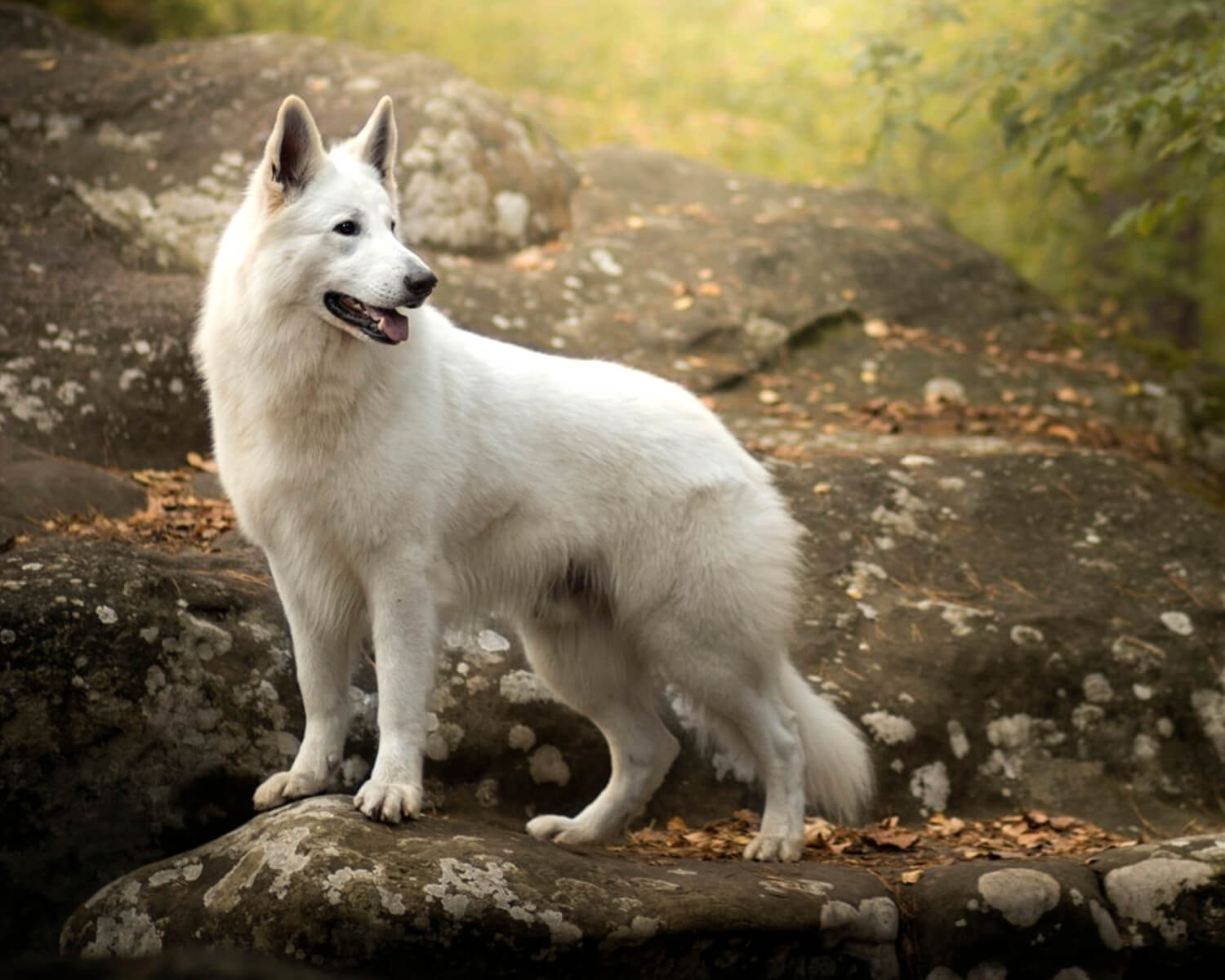