The regional department of veterinary medicine has formed mobile teams of specialists who will track epidemic situation in the region, and upon detection of foci of dangerous infections take urgent measures to disinfect them. Probability such situations will increase significantly after the descent of water. 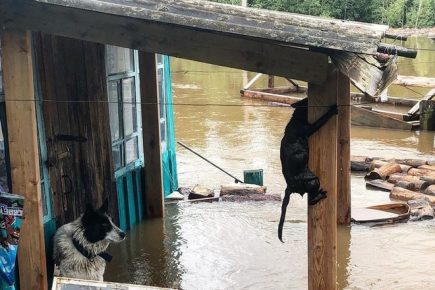 The flood creates serious problems not only for people, but also for pets

In the villages of the Mazanovsky district, the most affected by flood, the evacuation of farm animals and domestic animals is nearing completion pets. Veterinary teams working there are equipped with the most modern equipment.

The chief veterinarian of the Amur region Sergey Samokhvalov called compatriots do not risk their pets and promote them timely evacuation, as well as reporting all suspicious cases of diseases in animals that could lead to epidemics.