Alabai – dogs are serious and wayward, so they require mandatory correction of behavior. Training success Alab depends on how high the pet’s intelligence is, whether his propensity to learn, and whether the trainer has patience and experience in this difficult matter. 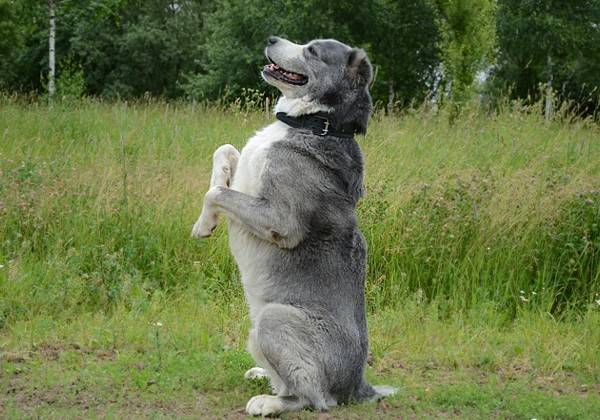 Representatives of this breed are considered one of the most intellectually developed dogs, they can fulfill the command already with first time. But by virtue of his obstinacy laid on genetic level, they tend to refuse to do this, preferring independent actions. That is why in training Alabaev the psychological factor is very important – timely establishing contact between man and dog.

The trainer must be firm and able to impress the dog, that his commands must be executed implicitly. If alabai though if he disobeys without consequences, he will constantly refuse to carry out human commands.

You can start training a Central Asian puppy just remembering salient features of this breed. First of all, these are dogs – shepherds, which means they are at the gene level have the habit of living with a flock and obey the leader. Therefore, it is extremely important from the very first day prove to the pet his superiority to the team man he perceived as the orders of the chief in the pack.

Experts recommend to bring the dog to unknown for this. her place, on foreign territory, transported in a car, public transport. A puppy of any breed in this situation will be Feel uncomfortable and confused, and the owner of the dog, behaving calmly and confidently, will show leadership qualities, than and can inspire self-respect in the dog.

How to train a puppy alabai 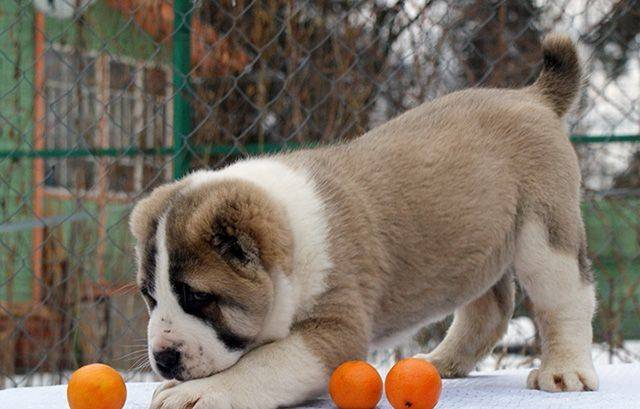 As soon as the baby turns two months old and he gets to his owners, you can start to train him. If earlier for his mother was the main one, now a man should take this place. Knowing the psychology of representatives of this breed, we can confidently to say that they don’t like people who constantly fuss, are impatient and elevated.

If you constantly scream at the Central Asian Shepherd, apply in as punishment, physical strength, then the pet will begin to perceive similar behavior, as the owner’s weakness, and due to the natural obstinacy will stubbornly disobey.

Alabai are intelligent and wayward animals, therefore they are required special approach. If the puppy is guilty, then he, accordingly, must be punished. But for this it will be enough to do so same as his mother acted – to shake at the withers and clearly say only one command: “Fu!”. Once realizing that they’re coming from him, Alabai will constantly execute this command. This will allow avoid various troubles. In the process of communicating with the animal a person must be able to control emotions and exude confidence. 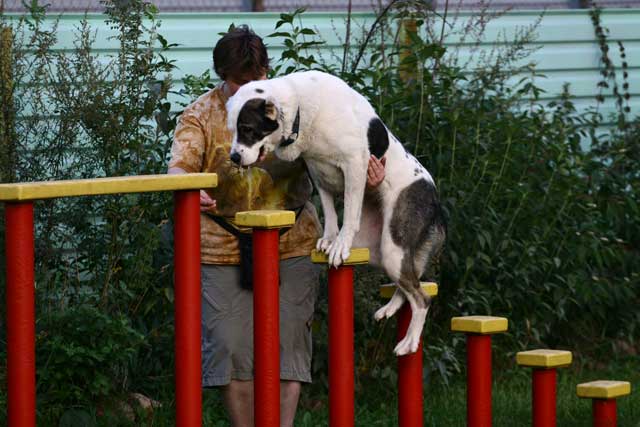 As soon as contact was made, and Alabay accepted the trainer for the leader, you can begin the training process and starting is required with basic commands. Apply a few methods: encouragement, coercion and prohibition. Encouraged dog gets praise or a tidbit. Coercion is used when failure to execute the command, and the pet will execute it, so as not to get punished.

The prohibitive method is introduced in order to command the dog stopped all unwanted actions. For any breeds, but for Alabaev all the more, you can’t use it often, since the pet loses the desire to make independent decisions.

The following commands are included in the home training course:

After the pet learns the voice command, introduced a new option – hand show. Each team has its designation.

Teams must be offered to the dog in a consistent manner, but not all at once. Alabai can take a long time to to assimilate them. They can definitely repeat any command. immediately, but their character will not allow you to agree to repeat them constantly.

A puppy will learn commands better if training is conducted at home, in a calm atmosphere and the absence of strangers. Required eliminate all distractions, that is, TV, radio, interesting toys for the baby. Only in this way can the dog maximize concentrate solely on tasks.

If the pet has to live in an aviary, it is still worth accustoming him Do not be afraid of the noise of the city – traffic, large the number of people street noise. 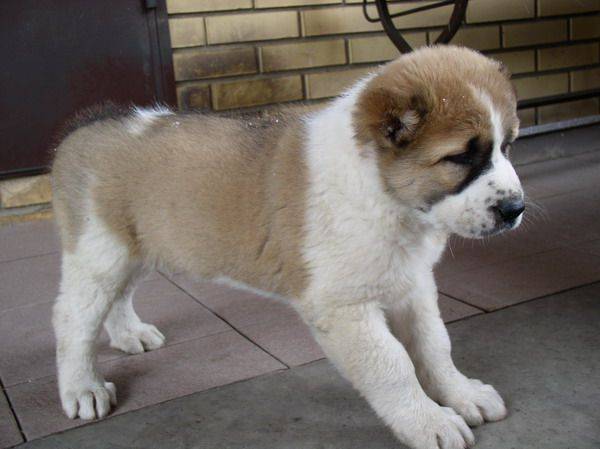 There are a number of teams that can be trained only in conditions streets. For example, the command: “Road!” necessary in order to the dog always stopped in front of the roadway. To her puppy learned, you need to stop before moving on for two or three minutes and pronounce the command. Moreover, you need to repeat the actions regardless whether there is transport on the road or not.

On the street, the dog learns the commands “Aport!” and Barrier. To them You can teach a puppy from 3.5-4 months.

Alabai is, above all, a guard dog, so they The following vital skills need to be developed:

There are many teams that can instill a pet similar skills. And only the owners of the dog depend on which of they need their favorite.

When training alabai, care must be taken not to deprive his craving for independence. Guarding the house the territory in the dark, outside the aviary, a dog must be able to make a decision, depending on the situation. Central Asian Shepherd Dogs guard the territory soundlessly and attack without any warning signs. Sometimes the owners teach their four-legged guards bark when discovered in the territory strangers.

It is worth noting that if the puppy gets into a house that already has a guard dog, then he will quickly learn to perform security functions, adopting someone else’s experience.

If there are no special skills in training, then it is better to entrust this matter. to professionals. In this case, group activities are most likely not fit, because the fierce nature of Alabaev will not allow him to calmly chat with other dogs. The best option is individual lessons.

In any case, leave the Central Asian Shepherd Dog without training. impossible, because, not knowing how to obey, it can become uncontrollable weapons, a threat to others.