A resident of Chelyabinsk parked her car near the shopping center. In the car, the hostess left a carrying with a cat. When the girl returned from the store, she discovered her darlings.

The kidnappers opened the car and took another person’s pet along with carrying. A few days later, the attackers returned the animal safe and sound, without any injuries or injuries. 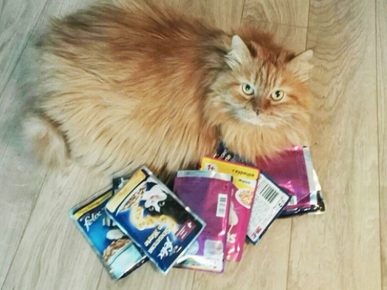 According to the hostess Lucy, a cat was found near one of the porches downtown. Everything was fine with the animal and it didn’t look hungry or tortured. Apparently, the robbers woke up conscience, and they felt sorry for the cat. The girl thanked everyone who participated in the search for a pet, and thieves – for their the remaining humanity.