The incident happened in the USA. Octopus bit a woman who wanted to take a joint photo with him.

Jamie Bishella – that is the name of an American – participated in fishing competitions. A photo contest was held along with them. When the girl realized that she could not become the best fisherman, she decided at least make a first-class selfie. For this, she planted on the face of the caught octopus, pretending to kiss him. Animal did not appreciate such familiarity. Angry with harassment the octopus grabbed the woman’s face. 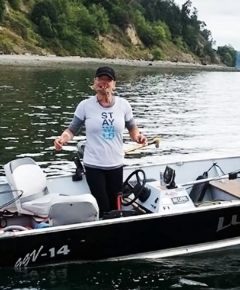 There is no reliable evidence of an octopus attacking a person, they can be provoked by bites by persistently trying to enter in contact with the animal

Jamie had to undergo treatment, as her cheek is strong swollen after a bite. But the girl’s unusual pictures are still remained. Maybe they will win the photo contest. 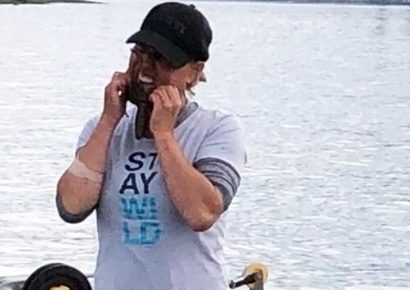 Many zoopsychologists consider octopuses to be the most intelligent among all. invertebrates in many ways: amenable to training, have good memory, distinguish geometric shapes