In the United States, they developed a laser bird repeller. He will allow protect corn fields from feathered.

The scare system was developed by Rebecca Brown, a scientist from Rhode Island University. Although lasers to protect crops from birds began to be used two decades ago, they did not receive wide distribution. The reason is large, high cost, inconvenience of use in the field. However led green low-power lasers are now significantly cheaper. By this and took advantage of Professor Brown – she put together a simple system in which includes a radiator and batteries. Laser scarecrow presents a bright green ray that moves in the air. 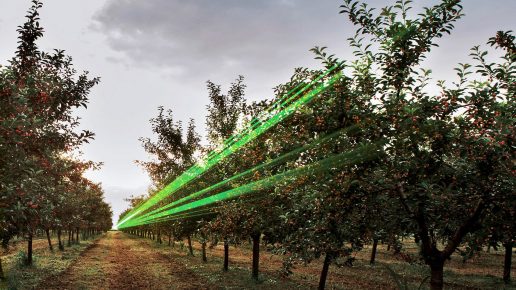 The laser system lowers beams to a range of 190 m, but for effective protection against birds they must constantly move – fixed laser does not scare birds

The effect is excellent – when the laser glides over plants, birds move to adjacent fields. The only minus of the system is fast battery consumption. The scientist plans to replace them with solar panels.