This photo of “Gergules, the world’s largest dog” is one of the most famous raffles and viral images on the Internet. This photo hit the Internet in 2007, and soon her description appeared:

Hercules: the largest dog in the world according to the book Guinness World Records. Hercules (Hercules) was recently recognized the largest dog in the world. Hercules – An English Mastiff Has Weight 127 kg (282 lbs). The three year old monster is much bigger and Larger than the standard 90 kg (200 lbs) for its breed. The owner of Hercules, Mr. Flynn reports that the weight of a mastiff is natural, and he is not on any special diet: “I fed him ordinary food, and he just grew, grew and grew. ”

The information in this description is correct, but not to that dog, which is shown in the first photo. Description text on actually taken from another dog, also an English mastiff nicknamed Gergules, which belonged to John Flynn (pictured below). So that this is not that dog! 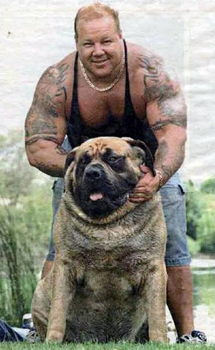 But what about the photo with the giant dog that accompanies man and woman with a white horse? We know that this is not Hercules, but who is he? Is he really big?

On debunking sites it became known that the dog cannot to be so big. Most likely, the photo of the dog was replaced disproportionately large image of another dog. Other in words, this photo is simply fabricated. However probability the dog’s unique genetics remains, and perhaps it’s just is a very large individual of its breed.

The reason for skepticism is that the Neapolitan mastiff cannot be so big. Neapolitan mastiffs are known to reach 77-80 cm at the withers. But the mastiff in the photo has a much greater height, and even his shoulder height is more than these 77 cm. In addition, look at this beast, it’s the size of a horse! This photo should be fake!

But it’s worth noting that there is a set of three photos, dogs, couples, and horses. Here are two other photos: 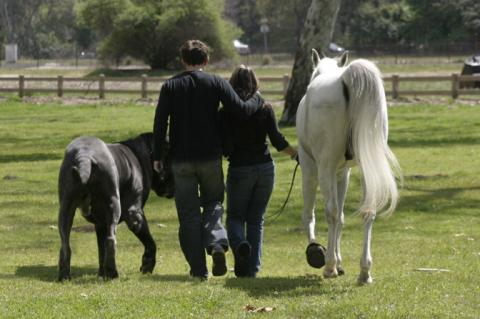 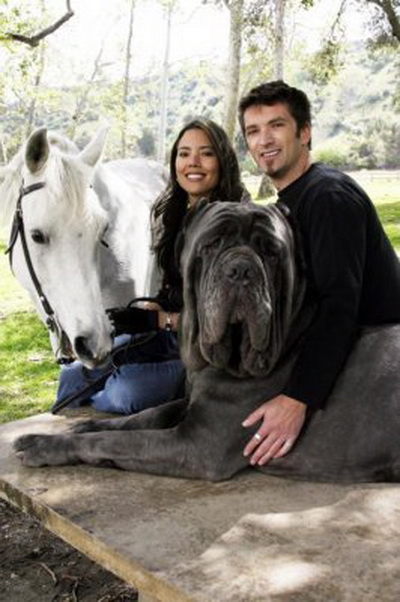 The first photo is obviously fake, but the unusual thing is that the dog looks similarly massive in all three shots. Yes all Three photos may be fake. But, again, maybe the dog is really monstrously big.

However, in truth, the photographs are not explicit Signs of fake. And the shadows and proportions, all this does not cause issues other than dog size, of course. Oddities to snaps also adds the absence of any other dog images. Other Hercules’s photo didn’t come up, and probably never will appear.

Neither the man nor the woman were identified, what else adds more mysticism to the pictures. Obviously these people could shed light on a giant dog. Perhaps they have no desire to become Internet celebrities.

However, there is a fourth image with Neapolitan mastiff: 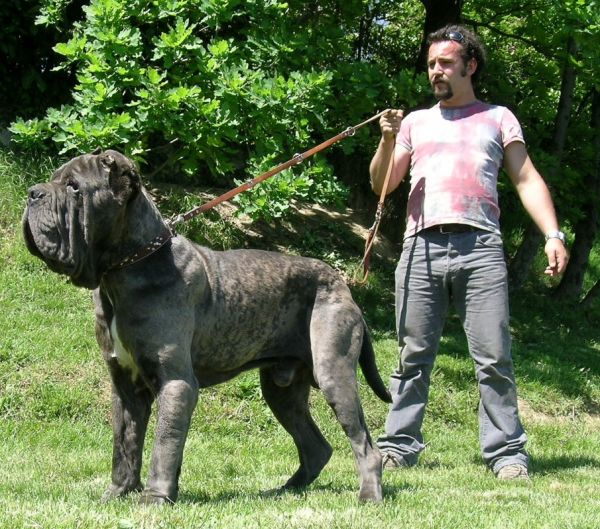 Most likely, the man in the fourth photo is the same, but mastiff, especially. Since the dog has a white spot on the chest.

The mastiff on the last photo does not look as massive as on viral picture “The biggest dog in the world.” However, this very big dog! Far more than other Neapolitan mastiffs.

Something tells us that the Neapolitan mastiff is really gigantic! Probably the size of the dog in the first photo exaggerated as viral. Or perhaps the man and woman are not so tall that makes the dog look bigger than it is in fact.

One can only guess. But what is a fact is that the first photo is recognized by many as false. So it just stays the possibility that the dog in the photo is just “monstrously large representative of his breed.”