A resident of Japan picked up five cubs of a stranger on the street him an animal. At first he mistook them for kittens of an unusual breed, so how the kids made sounds similar to meow.

Later, with his new pets, he went to a specialist to clarify the picture of the origin of unknown individuals. Veterinarian determined that they were puppies, not kittens. 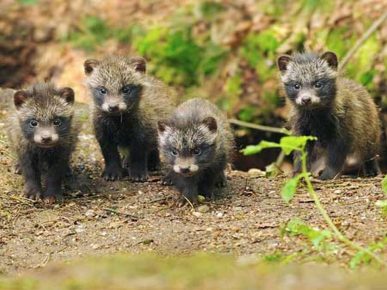 But as they grew, similarities with puppies also remained. how It turned out that the Japanese picked up the cubs of a raccoon dog (tanuki). According to Japanese mythology, they will bring happiness to the one who their will meet. Being newborns, outwardly tanuki can resemble puppies, and the sound – kittens.

Having learned about the value of his find, the Japanese handed over the animals to environmental organization.