According to AiF, in Tyumen organized a volunteer a movement whose participants were called to rescue yard dogs and cats from heat: water animals with water, take them to cool, shady places, make sure that animals do not remain open in the sun.

The capital of Siberia was covered by abnormal heat. Animals have become to be terribly thirsty. Not only cats and dogs, but also representatives of the feathered world. On the streets appeared volunteer squads that help save animals from overheating and dehydration and conduct conversations with Tyumen, tell the townspeople, how to help volunteers. 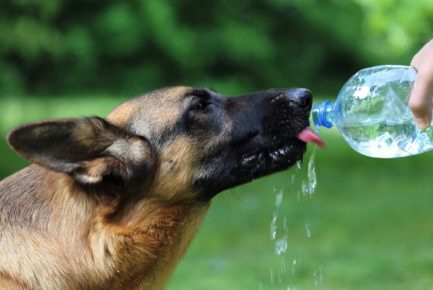 Participants of the “Zhivi” Foundation (Homeless Animals Assistance Fund) Tyumen) asked the inhabitants of the city to drink ownerless cats and dogs water. Do not leave them under the scorching sun. If possible pick up during the hottest hours in the porches of houses. Perhaps this is an occasion have a pet?

The volunteers of the fund leave their messages to the Tyumen people in social networks. Birds also need additional drinking bowls. Just one plastic water bottle can save several yard pets.