Bite two drunk residents of the Vitebsk region (Belarus) raccoon, which they caught and for some reason tried to put on a chain. The animal, as it turned out, was infected with rabies.

Three friends had a drink and had a snack on the courtyard of the village Otradnoe. The traditional holiday has just entered the phase when men want a thrill. And then somehow barked strangely dog, drinking companions rushed to see who it was there brought. 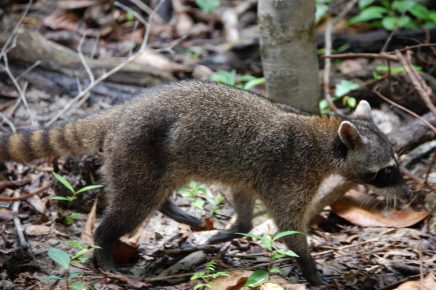 A raccoon sat in the middle of the courtyard, it was sluggish and hardly reacted people. But the animal did not like it when one of the friends decided put it on a chain, and then the animal bit several times human hand. An ambulance arrived and drove away the bitten one. Comrade the victim kicked the offender with his foot, and was also bitten.

Subsequently, it turned out that the raccoon was rabid. “Trainers” have a course of preventive vaccinations.