Tobolsk residents are terrorized by packs of stray dogs. In the piedmont parts of the city where the private sector is located attacks on poultry and even livestock.

Even in early summer, such incidents were isolated: dogs killed a kid, then turkeys and piglets. In August, a wandering pack makes robbery raids almost every night, exterminating domestic animals.

At one time, the mistress lost more than two dozen chickens and five turkeys, and the next night, daring raiders staged a massacre in next yard. Dogs are not hungry – they do not take prey, but left at the crime scene. Dog handlers explain this behavior by the fact that young animals grow up in a pack and adults learn puppies to hunt. 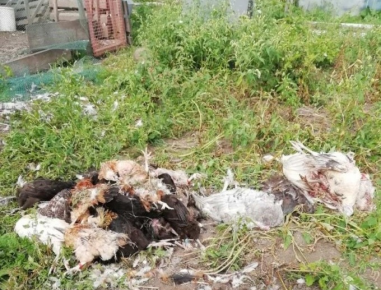 Dogs are not afraid of people: they tear nets in corrals, break doors in chicken coops and easily get to livestock. Local authorities on Numerous complaints of the townspeople have not yet responded.