In the dead of night in one of the apartments of a 14-story building in Minsk, barely no fire broke out. He managed to prevent the smallest Belarusian rescuer – a hamster named Zhorik.

The owner of the baby was already sleeping soundly, when suddenly in the kitchen where she stood hamster cage, problems started. Damaged wire caught fire refrigerator, and gradually the room began to fill with caustic black the smoke. A little more, and the fire would spread to the curtains – huge trouble was approaching a multi-storey sleeping house. 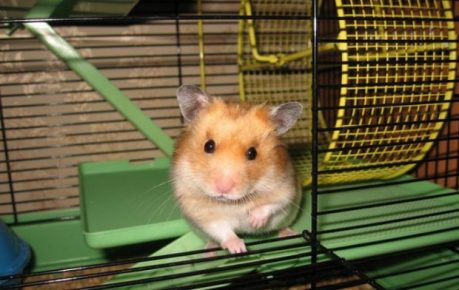 And then Zhorik sounded the alarm – the little hamster managed to raise such a noise in his cage that his master woke up and managed to extinguish the flame, while it has not yet flared up too much. Vigilant the pet in gratitude received a large portion of his beloved goodies.