Central Asian land turtles gained freedom. In captivity they were the fault of smugglers.

In early June, lawbreakers tried to deliver from Kazakhstan to Russia 4100 live turtles. Animals were disguised as vegetables – they were transported in bags of cabbage. TO fortunately, border guards discovered reptiles. The cost of seized from attackers turtles – about 8 million rubles. Moreover, for 46 years the species is protected by international environmental organizations as endangered. 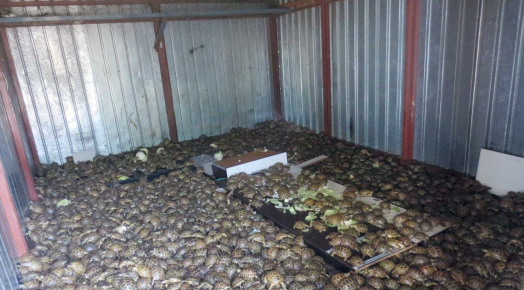 Most likely, turtles wanted to sell as domestic animals, because this species is often kept in captivity (picture taken customs of the Orenburg region)

To date, Central Asian turtles were kept in Orenburg University. However, at the end of August was reached agreement between Russian and Kazakhstan state bodies. As a result, the animals finally became free – their released in the Arys massif of Kazakhstan.