Scientists have found that the brain of a frog can create mental map of the surrounding area. This is the first evidence that amphibians have such an ability.

During observations of a tiny poisonous frog from the genus poison frogs common in the tropics of Central and South America, it turned out that she can remember the landscape in which dwells. Amphibians passed a navigation test called water Morris Maze. Animals were placed in a backwater, from where they could get out in only one place. Frogs needed explore all the shallows and find the way out. As soon as his discovered scientists changed the landscape and moved the exit to another a place. As a result, it became clear that after the first part of the tests animals remembered the location of landmarks and paths. 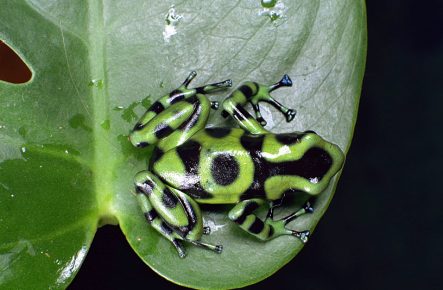 The trials involved frogs Dendrobates auratus, the magnitude which are only 2.5-4.2 cm

Many birds and mammals can create maps in their minds. routes, but amphibians did not notice this talent before.